False Friends: Appearances Can be Deceiving

English and Swedish are both Germanic languages, which means they developed from a single early parent language. Like family members, languages that derive from the same ancestry tend to share some similar characteristics.

However, similarities are not always what they seem. There are many words in the Swedish language that look just like English words, but they mean something very different. These “false friends” can be spelled exactly like a word you’re familiar with in English, or the spelling may be so close, you assume the meaning is the same. Proceed with caution! False friends have the potential to cause confusion, embarrassment, or just a good laugh.

Here are a few fun ones:

The word “barn” in Swedish doesn’t refer to a building housing farm animals the way it does in English, it actually means a child or children.

In Swedish, slut refers to the end of something, such as the ending of a play. This is very different from the not-so-nice English definition of the same word. Don’t be alarmed when you approach “Slutstation” on a Swedish train line, the term only refers to the end of the line. And a “slutspurt” is just a colorful term for a sprint, such as you might do in the final leg of a race.

The word “gift” in English refers to a present. In Swedish, however, “gift” (pronounced “yift”) has two meanings. It can be an adjective meaning “married”, or, when used as a noun, it means “poison.” Definitely an interesting correlation. 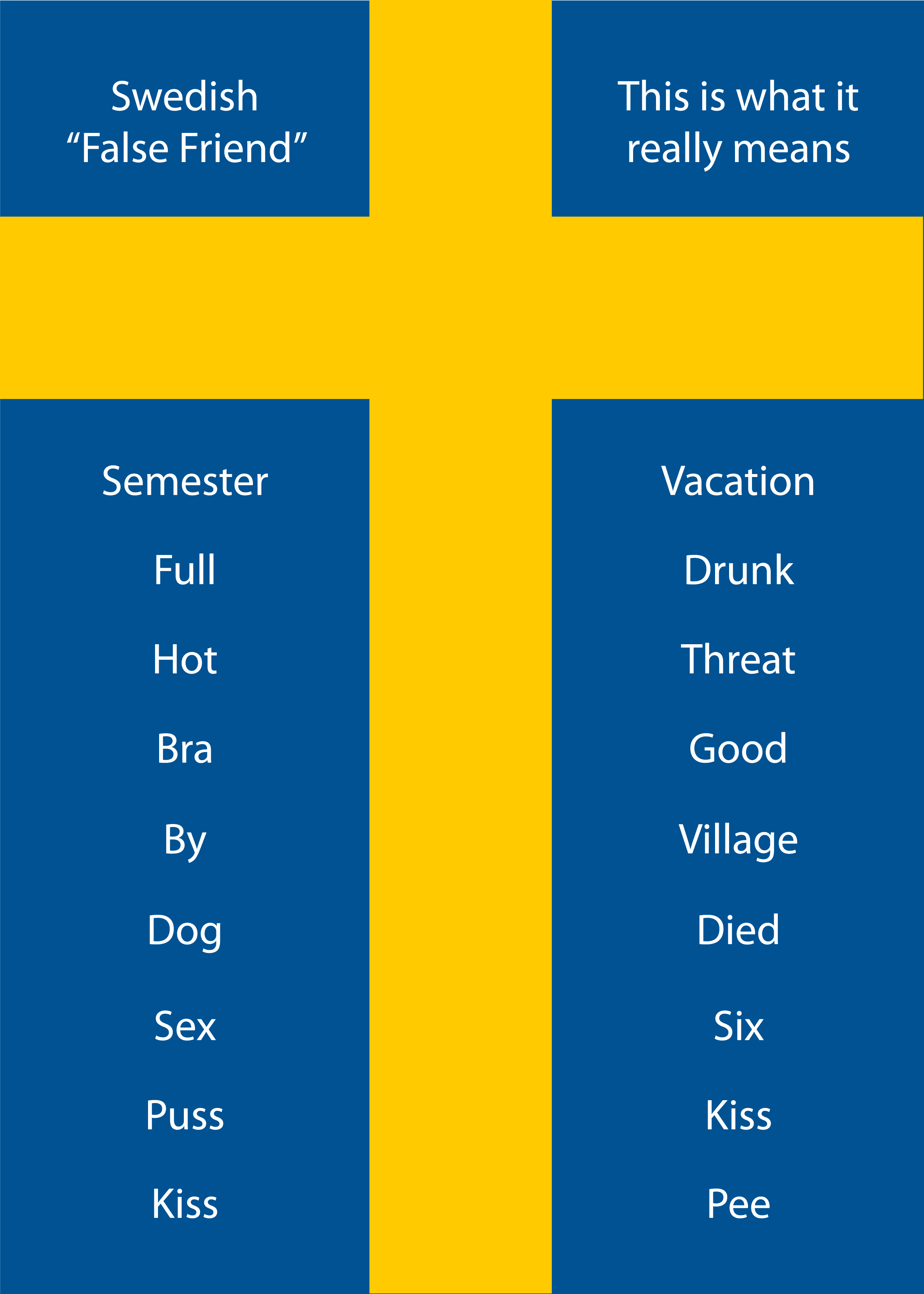 These are just a few of our favorite false friends, but keep an eye out – there are plenty more!

Close
Close
Scroll to the bottom to agree